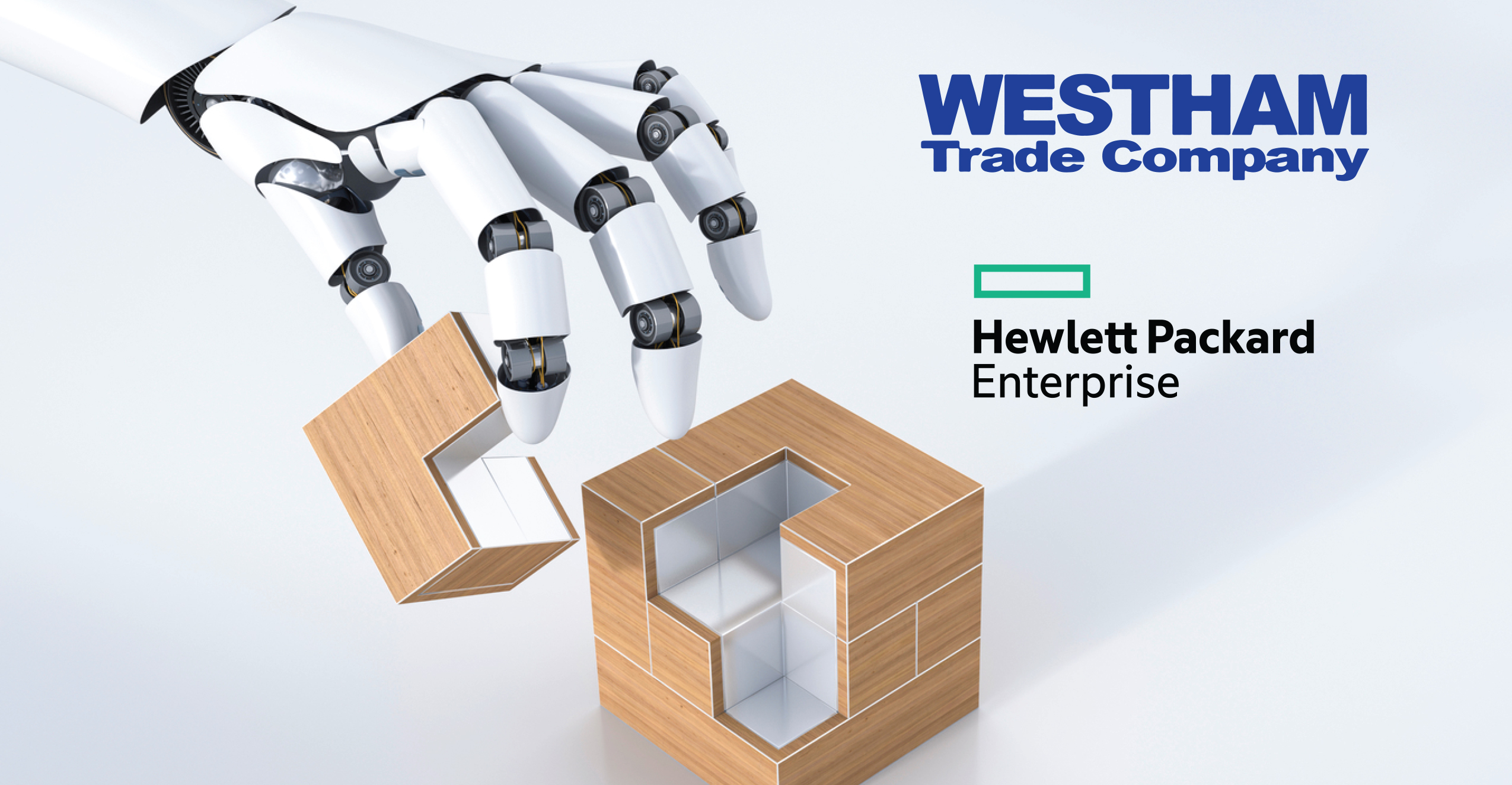 The Norm of Change

These principles are often referred to as infrastructure-as-code, and allow changes to any system under management to be peer-reviewed and approved before the configuration is applied. It’s the ultimate compromise to allow developers and application owners control their own destiny – but not without operations having the final say, approval, and ultimately taking responsibility for the change. Simply put, a clean cut separation of concerns between business needs is needed while de-risking manual and error-prone system configurations. 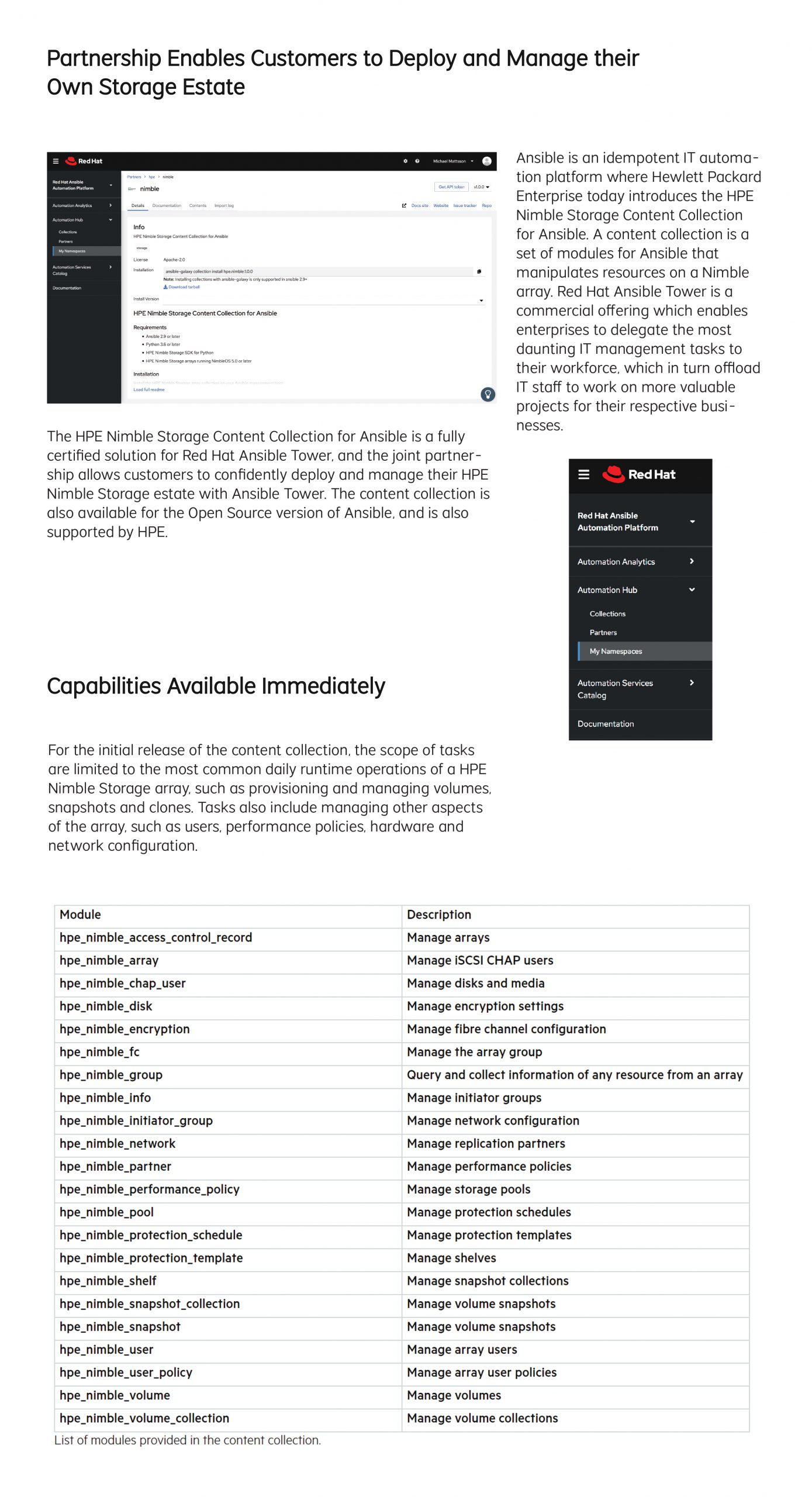 Since Ansible Content Collections are a relatively new concept in Ansible, only later versions of Ansible are supported.

NimbleOS 5.0.10 or later is required on the arrays being managed by Ansible.

What Are My Next Steps?

The HPE Nimble Storage Content Collection for Ansible is available immediately, either through Ansible Galaxy or Red Hat Automation Hub.

Your feedback is always most welcome, and all channels are open. The team is eager to hear about your use cases and success stories as you move your business towards “automate all the things”.

"For an in-depth tutorial on how to use these modules, you can find more information in a few simple Ansible playbooks"