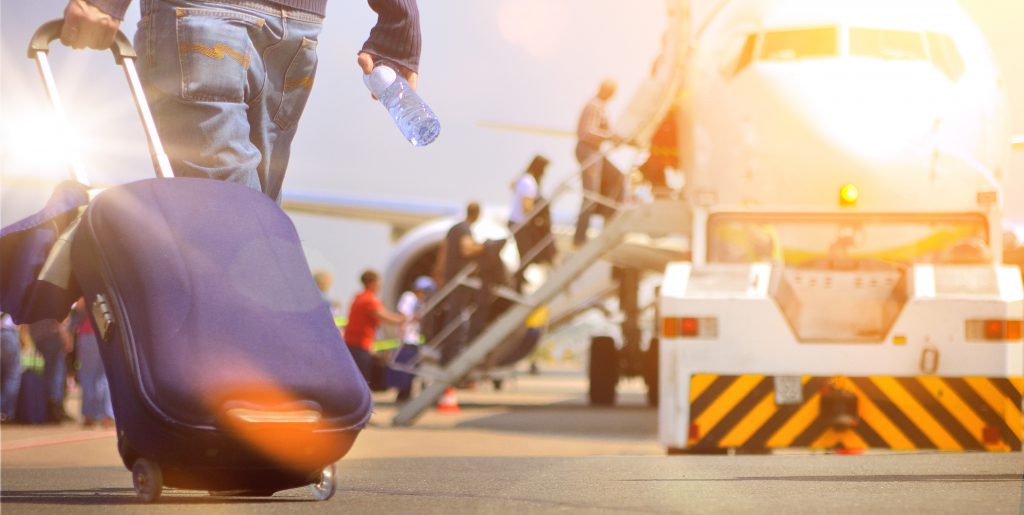 The global pandemic has especially affected our beloved Caribbean islands.  Tourism is one of the highest revenue generators for these island countries, accounting for up to 40% of GDP in islands like Bahamas and 65% of GDP in St. Lucia.  So, when tourism comes to a screeching halt, it is expected to see high unemployment and slowdown of the overall economy.

Westham has been working very closely with our Caribbean partners to help with specific business needs to allow for business continuity.  We are very proud of our partners and we see how some of them are reinventing themselves while overcoming all the challenges they are contending with.

I am very excited to see that many islands are beginning to reopen their borders to tourism which is a great step forward towards recovery.  As tourists gain confidence in travel, we are sure to see the recovery process accelerate.

Here are some of the countries that are reopening and the measures they are taking to welcome visitors back.

Number of cases: Just over 100

Aruba, a territory of the Netherlands, expects to reopen its borders between June 15 and July 1, according to the Aruba Tourism Authority. On May 25, the island allowed outdoor restaurants to reopen but remains under a nightly curfew.

Aruba has implemented a cleaning and hygiene certification program for tourism-related businesses to reassure tourists when they do return. This includes extra cleaning during tasks like handling luggage as well as plexiglass barriers at desks and the use of digital keys.

In the meantime, the island is offering a dose of wanderlust from home with a virtual tour, including a 30-minute calming video of the sights and sounds of Aruba.

Number of cases: Just over 100

The Bahamas hopes to reopen to commercial travel on July 1, according to the Bahamas Ministry of Tourism & Aviation, with visitors only able to go to the islands where COVID-19 has been contained (including Cat Island and Abaco). Currently, international arrivals are restricted and many resorts and hotels are closed to international travelers.

On June 2, the Bahamas allowed non-essential storefront businesses to open on weekdays from 9 a.m. to 5 p.m. on certain islands, including Grand Bahama, as part of Phase 3 of its reopening plan, according to the Office of the Prime Minister. Restaurants, however, are still limited to curbside pickup and delivery, and other facilities remain closed.

Barbados requires all arriving passengers to quarantine for 14 days, according to the U.S. Embassy in Barbados.

On June 1, the island reopened retailers, parks, and dining in restaurants, according to the Barbados Government Information Service. A day later, the island opened beaches from 5 a.m. to 6:30 p.m., but picnicking was still banned. Businesses that open are required to implement health protocols, including temperature checks.

Borders for the Dutch islands are currently closed, and the Bonaire airport will remain closed through at least June 15. On Sint Eustatius, restaurants and bars were allowed to reopen with capacity restrictions on May 29, and hotels can open but leisure flights are still restricted. Saba’s borders remain closed as well, but the island lifted its “lock-down” order on May 11, according to the U.S. Consulate General in Curacao.

The British overseas territory will reopen its borders in June for returning residents and citizens who will each be subject to a 14-day quarantine, according to the Government of the Virgin Islands. The islands have a nightly curfew, according to the UK government. Beaches, however, are open from 6:00 a.m. to 3:00 p.m.

Cuba has closed its airport until at least June 30, according to the U.S. Embassy in Havana. Southwest Airlines had initially said it planned to start flying from Tampa to Havana on June 7, but the airport will still be closed. In addition, American Airlines has said it will start operating flights to the island on July 7, The Miami Herald reported.

While U.S. citizens are not allowed to travel to Cuba for tourism, they are allowed to legally travel there under several criteria, including “Support for the Cuban People,” which requires that travelers have a “full-time schedule” of activities that “enhance contact with the Cuban people, support civil society in Cuba, or promote the Cuban people's independence from Cuban authorities.”

The Curaçao International Airport is closed to arriving passengers, according to The Curaçao Tourist Board. Additionally, while Curaçao, a territory of the Netherlands, has lifted its "Shelter in Place" order, the island still has a nightly curfew. Restaurants have reopened for dine-in, but groups larger than 25 people are not allowed.

Dominica has closed its borders to commercial and private flights or boats, according to the U.S. Embassy in Barbados. The country also has a curfew in place at night.

Grenada is looking at June 30 as a possible date for re-opening its borders, according to its prime minister. In order to do so, he said procedures have to be in place, including ensuring hotels have sanitation protocols. Charter flights, however, may resume earlier than that.

Grenada remains under a state of emergency, according to NOW Grenada, but beaches are accessible during morning hours.

The quarantine on the French island was lifted on May 11, the Guadeloupe Islands Tourist Board shared with Travel + Leisure, but the island still remains closed to tourism.

In the meantime, you can virtually dive into the sights and sounds of Guadeloupe through the tourism board’s dreamy Instagram stories.

On June 2, Spirit Airlines was authorized to fly from Port au Prince to Fort Lauderdale, according to the U.S. Embassy in Haiti, which added it was unaware of “any flights from Haiti to the United States after June 02 or if any flights will be authorized in the future.”

In March, the country shut its land border with the Dominican Republic and suspended flights from several areas, including Europe and Canada, according to the Miami Herald. There is a nightly curfew in place.

Number of cases: More than 580

Order in Place: Jamaica allowed most people to return to work on June 1 and bars have been allowed to reopen with capacity restrictions, according to the Jamaica Tourist Board. A nightly curfew, however, remains in place.

While the Jamaica Information Service has said protocols are being reviewed to reopen tourism, Southwest has said it intends to resume flights from Baltimore and Orlando to Montego Bay on June 7.

On March 23, the island closed the airport to most international flights, as well as canceled scheduled cruise stops, the Martinique Tourism Authority noted.

The British overseas territory has a nightly curfew and gatherings are limited to four people or less, according to the UK government. On May 22, the government of Montserrat allowed restaurants to open for delivery or take-out services and for salons to reopen for appointments.

Order in Place: Puerto Rico started reopening businesses and public areas like beaches for exercise and restaurants with capacity restrictions on May 26. While the island’s phased reopening has started, a nightly curfew remains in effect and face masks are mandatory in public.

All visitors to the island may be asked to self-quarantine for 14 days, regardless of symptoms and all commercial flights are being diverted to San Juan, according to Discover Puerto Rico. Rapid COVID-19 testing is also being offered there. Additionally, hotels on the island remain open, but amenities like pools are closed.

This island, commonly known as St. Barts, had a deconfinement plan in place from May 11 to June 1, which allowed people to be in public spaces if social distancing was observed, according to the U.S. Embassy in Barbados.

But if you can’t get to the beautiful island right now, you can feel like you’re there with a creative Zoom background (just don’t forget a glass of French wine to go with it).

The border of Saint Kitts and Nevis is currently closed to international travel, according to the Prime Minister.

Additionally, the island has a nightly curfew and while residents can check out the beach, they have to do so during early morning weekday hours only, according to the U.S. Embassy in Barbados. Face masks are required in public areas.

The Dutch territory is currently closed to tourism and is “very much dependent on the health situation of other countries COVID-19 to be under control before we can feel comfortable opening our borders to the world and traveling Public,” according to the Prime Minister.

On May 11, Sint Maarten lifted its “shelter-in-place” order, according to the U.S. Consulate General in Curacao, but a nightly curfew remains in effect.

Like its Dutch counterpart, Sint Maarten, there are no commercial flights to get to the French side of the island.

Saint Lucia started welcoming visitors back to the island on June 4, requiring them to show proof of a negative coronavirus test taken within 48 hours of boarding a flight. Visitors will also have to wear face masks and health authorities could conduct temperature checks on arriving passengers. In addition, the island is requiring hotels to apply for a COVID-19 certificate from the government that addresses several safety protocols like cleaning measures and enforcing social distancing.

Businesses on Saint Lucia have been allowed to reopen, but they must have protocols in place for social distancing and disinfecting surfaces.

And if you can’t get there immediately, you can virtually escape to the island through an Instagram mini-series.

St. Vincent and the Grenadines

While Saint Vincent and the Grenadines’ airport remains open, there are no commercial flights, according to the U.S. Embassy in Barbados. All people arriving from several countries, including the U.S., are subject to a 14-day quarantine.

Trinidad and Tobago entered Phase 2 of its reopening plan in May, according to the U.S. Embassy there. While street vendors have been allowed to resume and restaurants are open for take-out, dine-in is not. Additionally, outdoor exercise is allowed, but face masks must be worn.

Turks and Caicos plans on reopening to tourists on July 22, utilizing new protocols for things like personal protective equipment and training, which officials said will be detailed in the coming weeks. The Grand Turk Cruise Center, however, will remain closed until August 31.

The British overseas territory initially closed its borders in March, shutting the airport to both regional and international flights and closing seaports, according to the government. There is currently a nightly curfew in place on the islands, face masks are required to be worn in public places, and on June 5, Turks and Caicos will allow retail businesses to reopen. Restaurants are expected to reopen on July 6.

The U.S. Virgin Islands reopened to tourists on June 1 with rules in place for cleaning and housekeeping protocols as well as taxis. While the island is now welcoming visitors, however, the U.S. territory remains under a state of emergency through July 11.

People on the island are required to wear masks when entering a business, gatherings are limited to 10 people, and bars and restaurants are limited to 50 percent capacity restrictions, according to the territory.